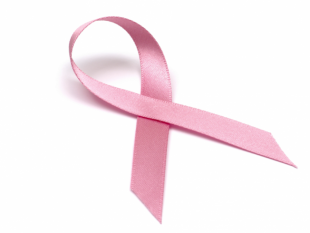 A report released today by the Australian Institute of Health and Welfare (AIHW) for the first time presents information and statistics about breast cancer in young women aged 20-39 years.

A report released today by the Australian Institute of Health and Welfare (AIHW) for the first time presents information and statistics about breast cancer in young women aged 20-39 years.

The report, Breast cancer in young women: Key facts about breast cancer in women in their 20s and 30s, was launched this morning at Cancer Australia's annual Pink Ribbon Breakfast, in Sydney.

'In 2015, it is projected that 795 young women will be diagnosed with breast cancer, and 65 will die from it, which is an average of 2 diagnoses a day and 1 death a week,' said AIHW spokesperson Justin Harvey.

However, even for small breast cancers-which tend to be associated with more treatment options and improved survival-young women have lower survival (93%) than women aged 40 and over (99%).

Cancer Australia CEO Professor Helen Zorbas has welcomed today's report, saying 'Although the number of young women diagnosed with breast cancer has increased over time, the incidence rate has remained stable over the past three decades'.

'These young women are at a life stage in which they are building careers, establishing relationships and planning for a family. Issues such as infertility, early menopause and body image as well as time away from work and family can have a substantial impact, with long term physical, psychological and social effects'.

'This report informs our understanding of the impact of breast cancer among young women at a national level, and supports our work in improving survival outcomes and addressing psychosocial issues specific to young women.'

The AIHW is a major national agency set up by the Australian Government to provide reliable, regular and relevant information and statistics on Australia's health and welfare.

Cancer Australia was established by the Australian Government to provide national leadership in cancer control, and aims to reduce the impact of cancer, address disparities and improve outcomes for people affected by cancer across the continuum of care.